Which is better? Himalayan or Sea Salt 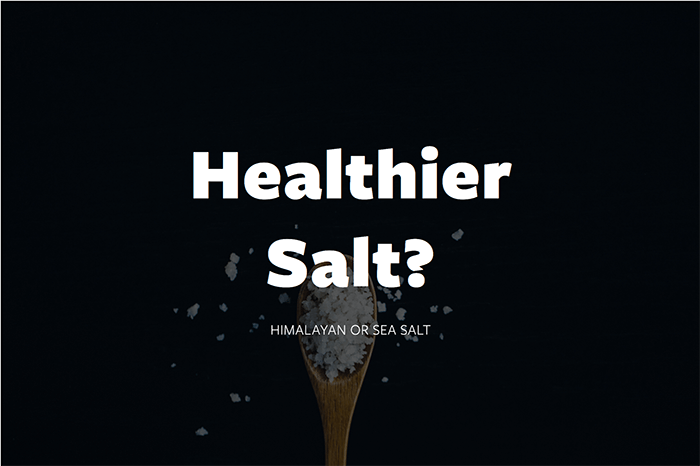 So when referring to salt, we generally mean sodium chloride. Although, Often Used synonymously sodium is not salt as no chloride is attached to the sodium molecule. There are non-chloride versions of sodium, such as sodium bicarbonate, often referred to as baking soda and monosodium glutamate or MSG. Monosodium glutamate is an additive used as a flavor enhancer in processed foods, and its safety remains controversial.

As humans, we do not need much sodium to survive; however, most of us consume a very high sodium diet (3 grams of sodium per day), and the current guidelines recommend restricting sodium to less than 2.3 grams per day. Most of the sodium in our diet comes from processed food and eating out at restaurants.

So let us dive in and discuss different types of salts available in the market.

Table salt is highly refined and processed with anti-caking agents such as calcium silicate (Reduces moisture and clumps and keeps the salt freely flowing) and has other additives such as iodine. Most of the table comes from mining deep underground salt deposits and by evaporating seawater.

Sea Salt is derived after evaporating seawater from salt Lakes or ocean water. Sea salt is being promoted as much healthier than table salt; however, the sodium content in both sea salt and table salt is identical. Sea salt has some trace minerals like zinc, iron, and potassium which are beneficial. The problem is because of rising pollution in the oceans; the sea salts may contain high amounts of lead, arsenic, mercury, and other heavy metals.

Kosher salt is regular salt without the addition of anti-caking agents such as calcium silicate, so it tends to form clumps.

Celtic salt, sourced initially from the Celtic sea, is also regular sea salt. These days most of the Celtic salt comes not from the french coast but from Guatemala and Hawaii.

Limit salt intake, and although the ideal amount of salt consumption remains controversial, there is no scientific benefit to substituting table salt with pure sea salt, Himalayan salt or Celtic salt. With the consumption of unrefined sea salt, exposure to ocean pollutants such as lead, microplastic, and lack of iodine are real concerns.